As part of the historical three days visit by His Holiness Pope Francis to Abu Dhabi, a landmark event was held at The Founder’s Memorial in which one of the largest gatherings of religious leaders, thinkers and faith representatives took place. The centerpiece of the event was the signing of an Accord of Human Fraternity for World Peace and Living Together by Pope Francis and The Grand Imam of Al-Azhar Ahmad Al-Tayyeb.

The final deliverables for Evolution included all scenic design and production of the audience grandstand, design and production of the stage for the signing moment. Evolution took care to merge all staging and grandstand elements into the existing architecture to result in The Founder’s Memorial acting as the backdrop for this historically significant event. Even beyond the staging, every aspect of the ceremony was approached with great attention to detail including the addition of a custom flooring section to allow for easy access for The Pope from his motorcade to one of the two temporary majlis structured constructed for the event. As a whole, the job of Evolution was to ensure that the space was transformed so that every aspect of it allowed for streamlined access for the VVIP guests and showcased the TFM site and Human Fraternity Meeting. 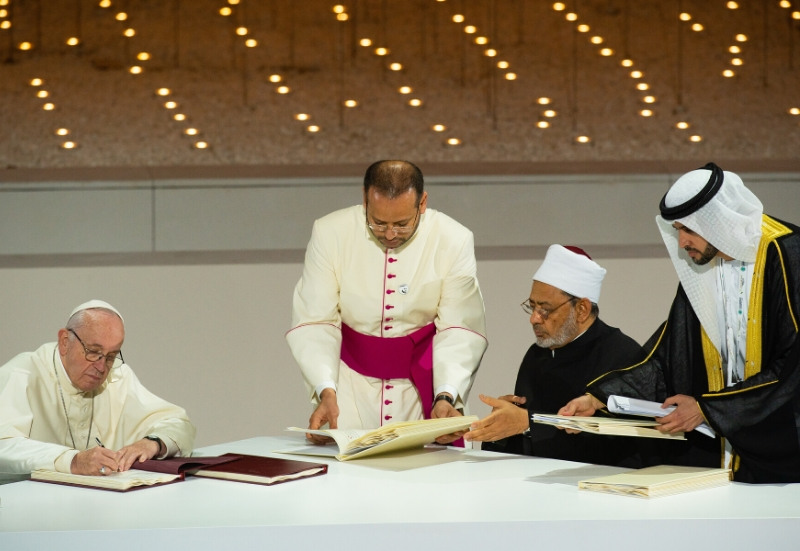 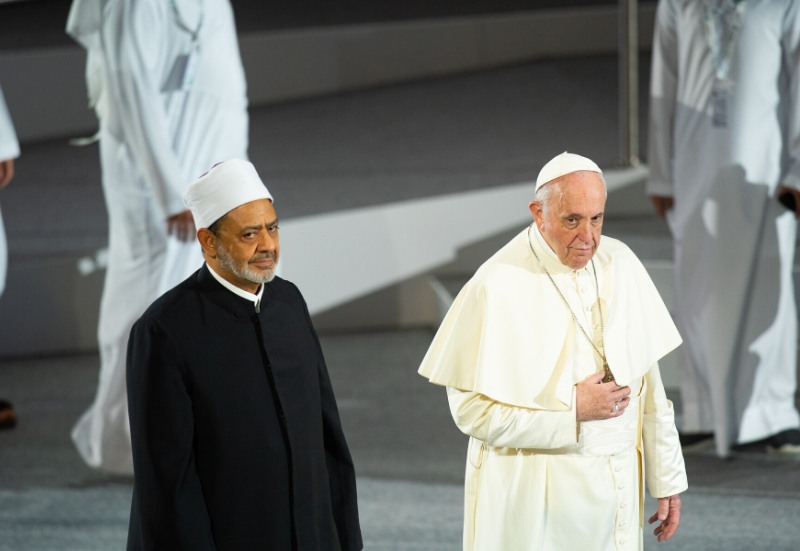 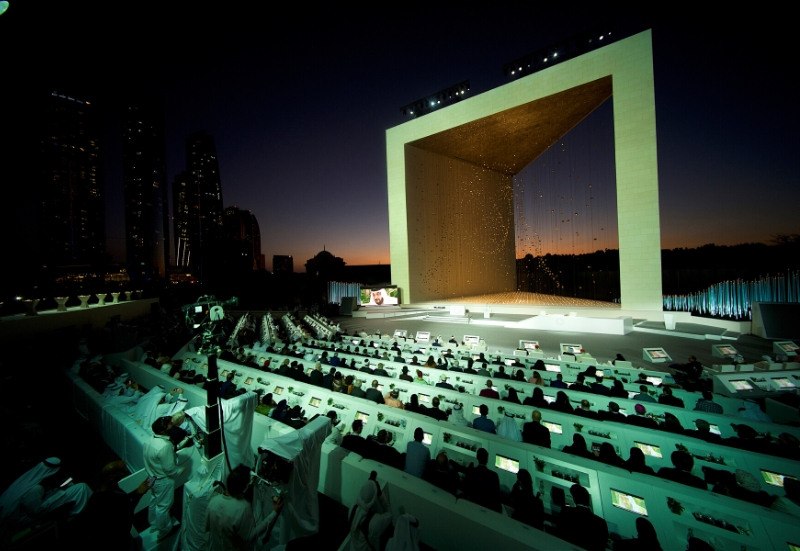 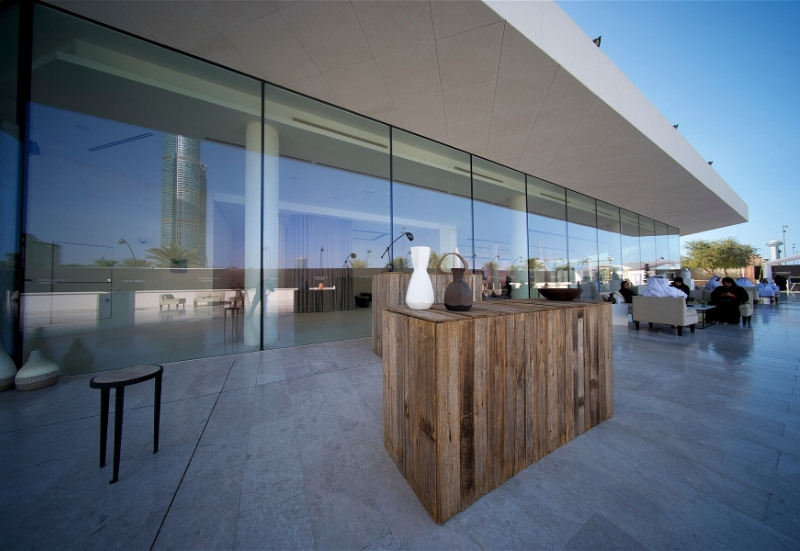 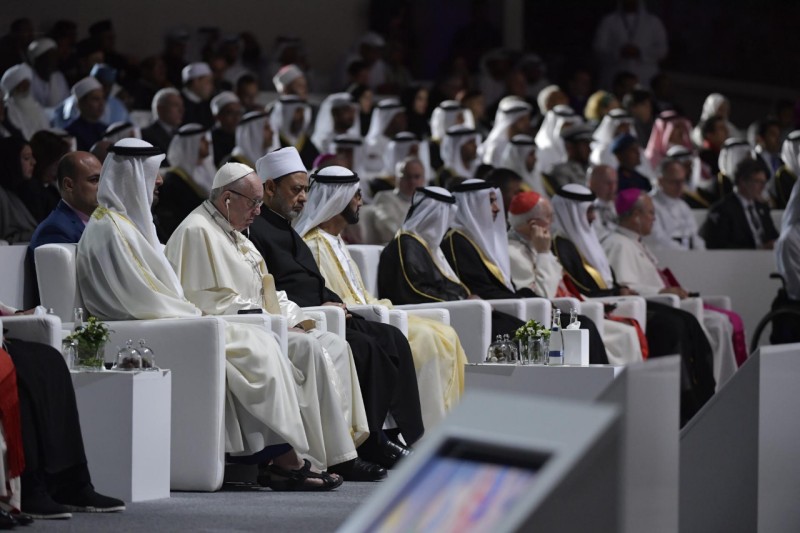 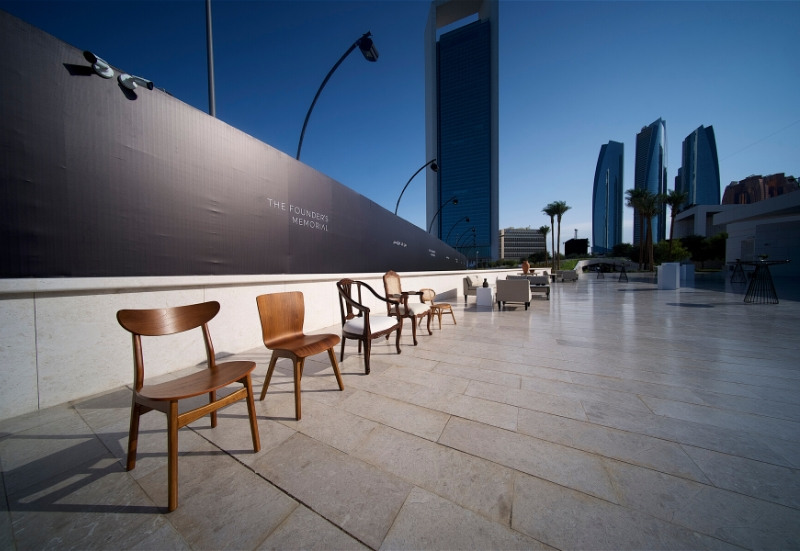 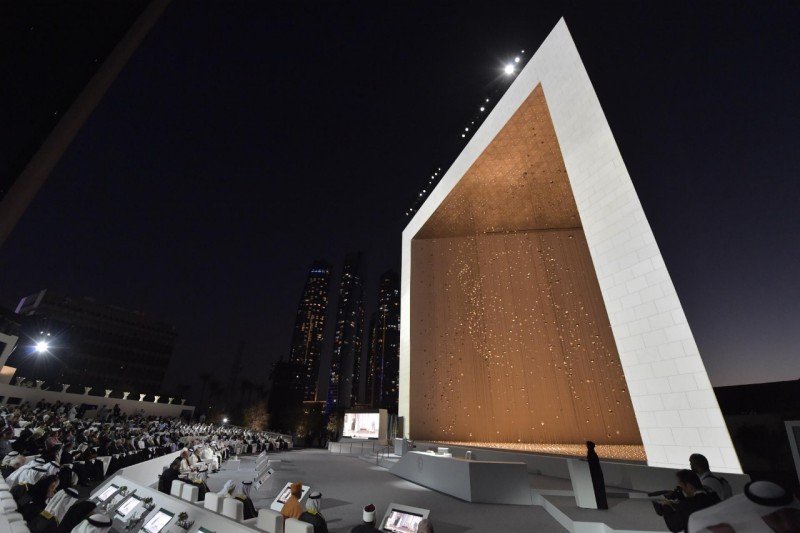 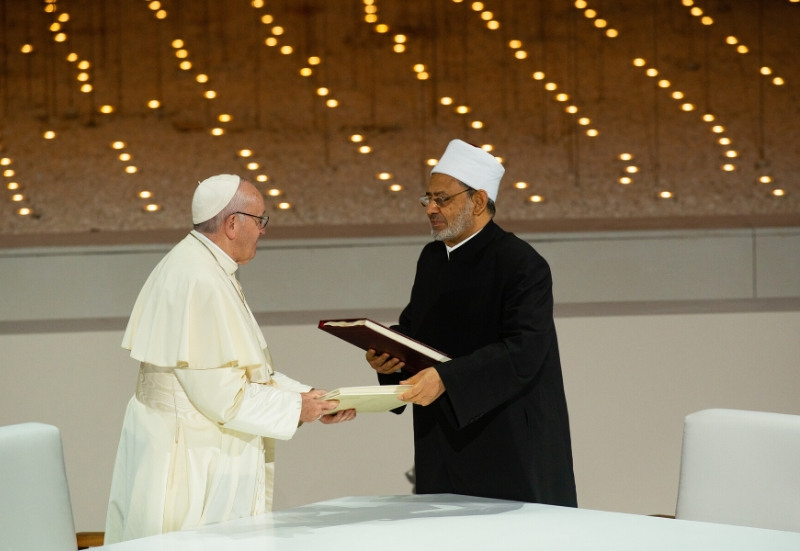 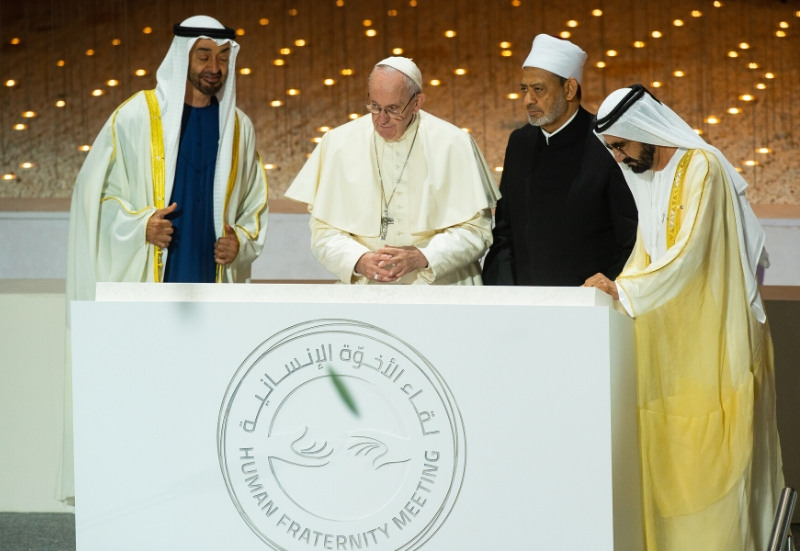