2016 marked the 6th year in which Evolution was contracted to manage the scenic construction for NYUAD’s Fall Student Production Series.

The original show for this year was “The Yellow Brick Road”, an experimental adaptation of L. Frank Baum’s novel “The Wizard of Oz”, featuring a minimalist set design that required the complete upholstering of the black box venue in burlap sack material to invoke the drab sepia tones of the book’s Dust Bowl setting. Evolution manufactured and upholstered the wall panels, seating grandstands and a custom-built subfloor to the venue, which was inclusive of several trapdoor hatches used for effect during the performance. In addition to the scenic construction, Evolution operated the lighting and audio for the show dates. 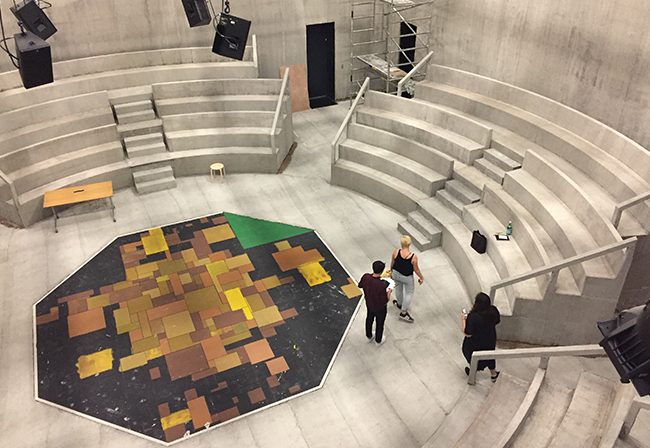 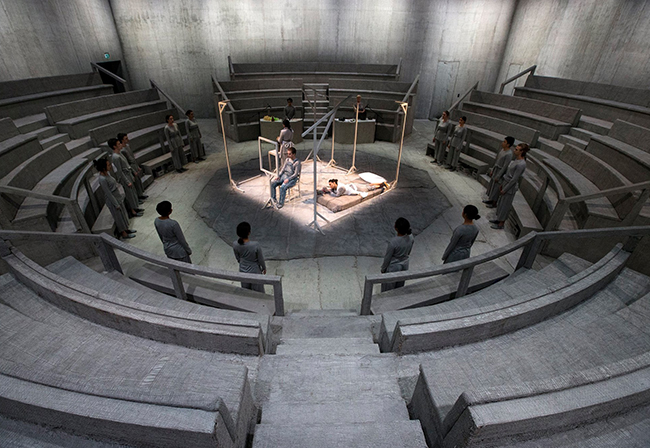 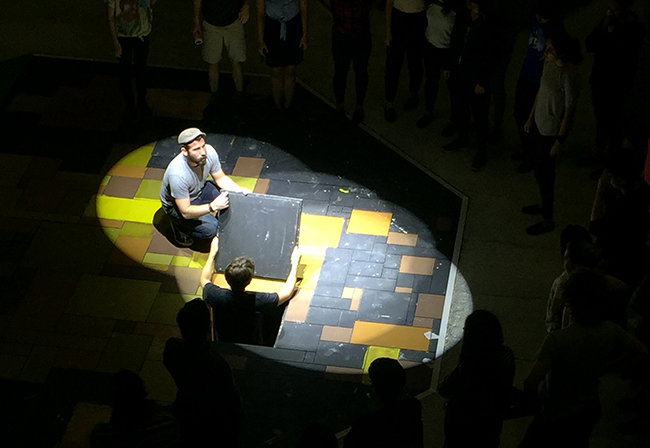 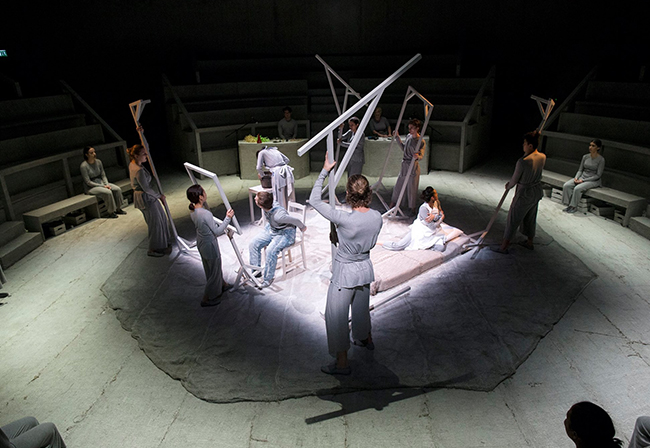 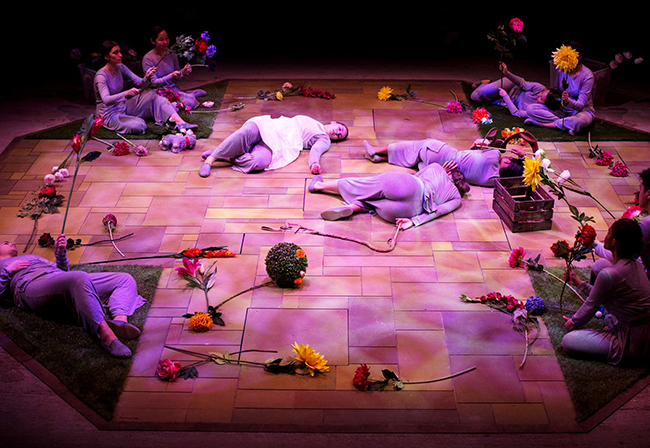 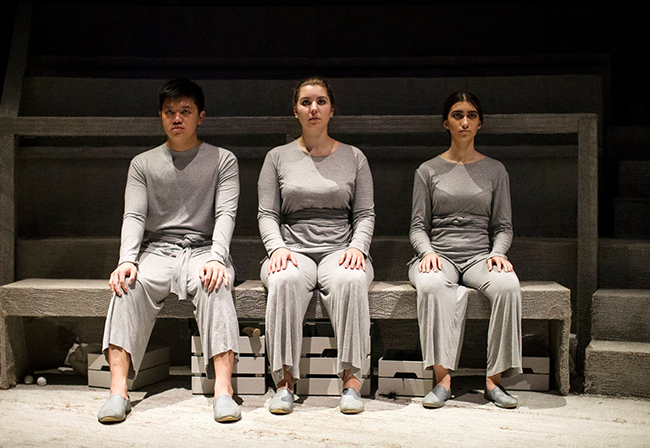 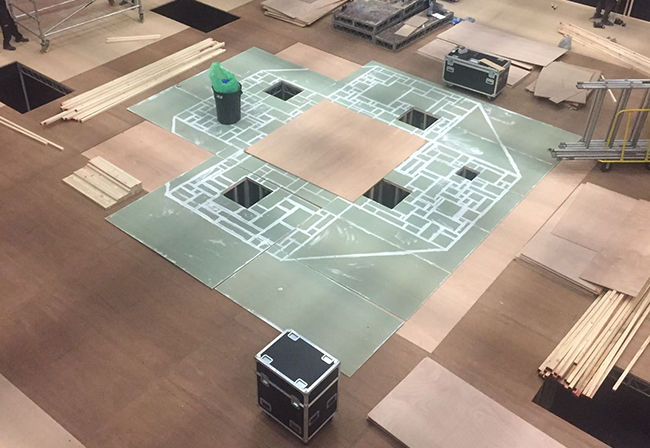 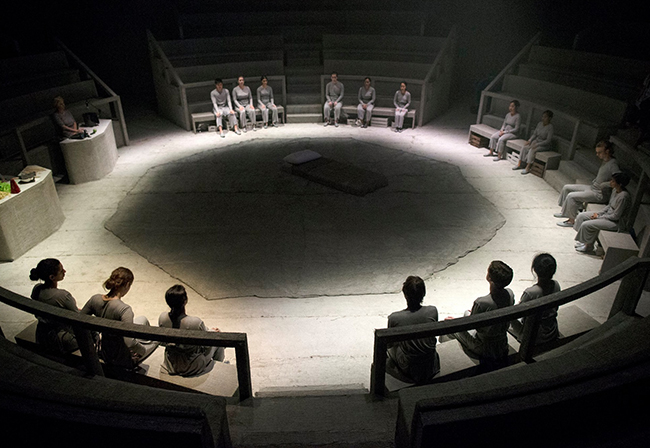 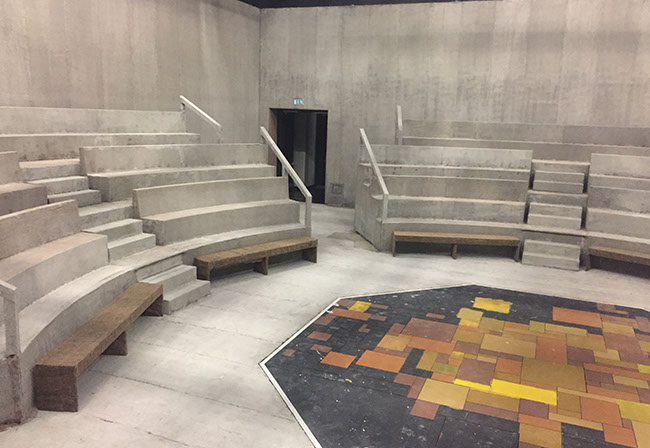